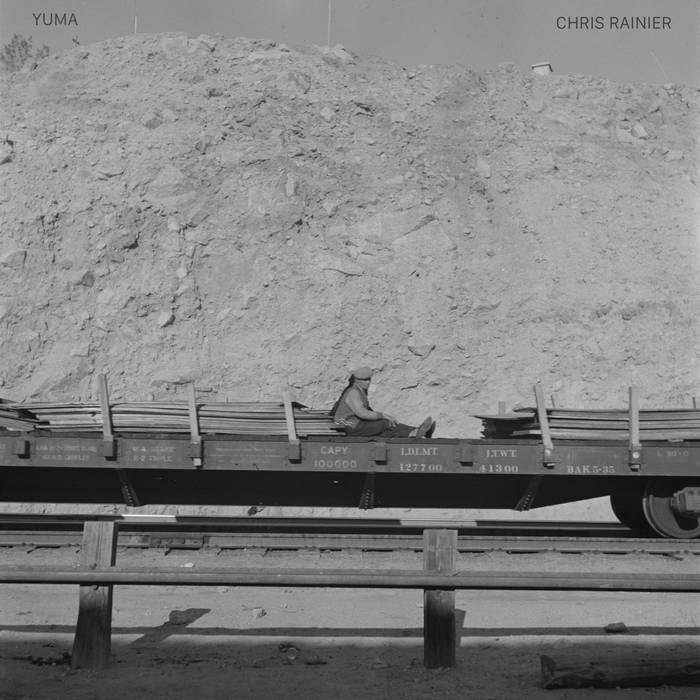 The texts used on "Demonstrations of the Tonality Diamond" and "Methods of Establishment and Departure" are the poems "No Sky" and "Phoenix", from Larry Schwartz's publication 'Padkos' © 2019.
www.readings.com.au/products/30323842/padkos-poems

The symbol on the 'empty' side B of the vinyl edition of 'Yuma' was drawn by Tess E. McKenzie. It can be found in Chapter III - "Chalk-signs for command and information", in the book "The American Boys' Book of Signs, Signals and Symbols" by Dan Beard, published by the J.B. Lippincott Company, Philadelphia & London, in 1918 [4th impression]

On this page this symbol is described as:

Fig. 34 - HALT!
A sign taken by vagabonds from the ancient books of magic, a command to stop, to halt. Stop! (Hobo.)"

The replica of Harry Partch’s Adapted Guitar 1 was a collaboration between James Mumford and Chris Rainier
For more information on this instrument and Partch's other Adapted Guitars, go here:
www.chrisrainier.net/p/the-partch-guitar.html

No effects pedals were used on this recording

Special thanks to Larry Schwartz for letting me use his poems without really knowing what I was going to do with them!